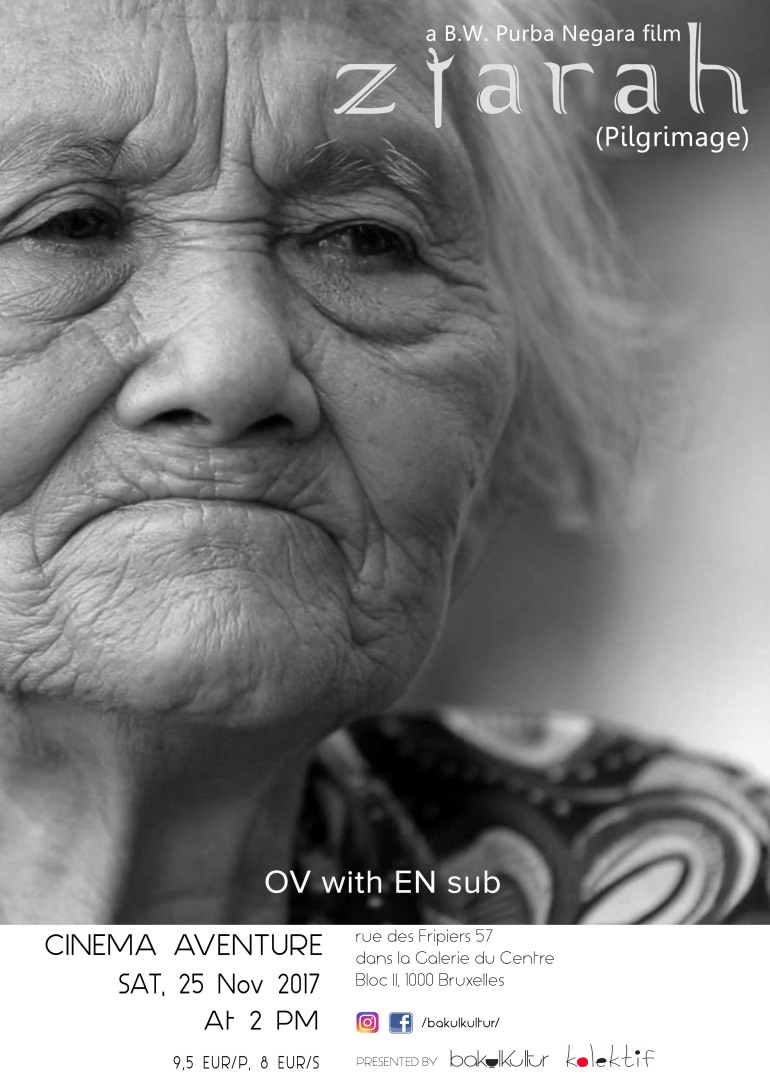 ZIARAH (Pilgrimage -Tales of The Otherwords)

BW Purba Negara’s first feature-length film is an arthouse journey through Indonesia’s dark history, a journey that reveals the truth.

Ziarah (Tales of the Otherwords), following the character of Mbah Sri, a 95-year-old Javanese woman looking for her husband’s grave who went missing decades ago during the event known as the second Dutch military aggression of 1948. Her husband was a fighter during the Dutch colonization period and that he disappeared under mysterious circumstances. Whether he passed away during the Dutch occupation era or outlived the colonization remains unclear for Sri. Haunted by a dream of her missing husband, Mbah Sri hops on a journey through villages and towns of Central Java, to find her husband’s missing tomb. She is determined to find it because she senses that her final days are coming and her last wish is to be buried right beside her husband.

Her pursuit opens the door to discuss a variety of important things that happened during the history of Indonesia.  For Mbah Sri, the journey to find her husband’s tomb doesn’t just trace her own romantic history, but also the country’s historical wounds. Her journey ends with a very painful discovery: that history is one of humanity’s toughest tests. No history comes without blood. No history comes without wounds.

The movie touches on the country’s relationship with its history, war, soil and death. The director says he was motivated to make a film about life and death after flying to Aceh as a volunteer immediately after the 2004 tsunami that left more than 220,000 people dead or missing in countries across Asia. In Aceh, a young Purba found himself throwing hundreds of unidentified bodies into a mass grave.

Ziarah (Tales of the Otherwords) has been nominated and won several awards on the national and ASEAN level in 2016 and 2017, including Special Jury Award at AIFFA 2017 and Best Asian Feature Award at SalaMindanaw Asian Film Festival 2016